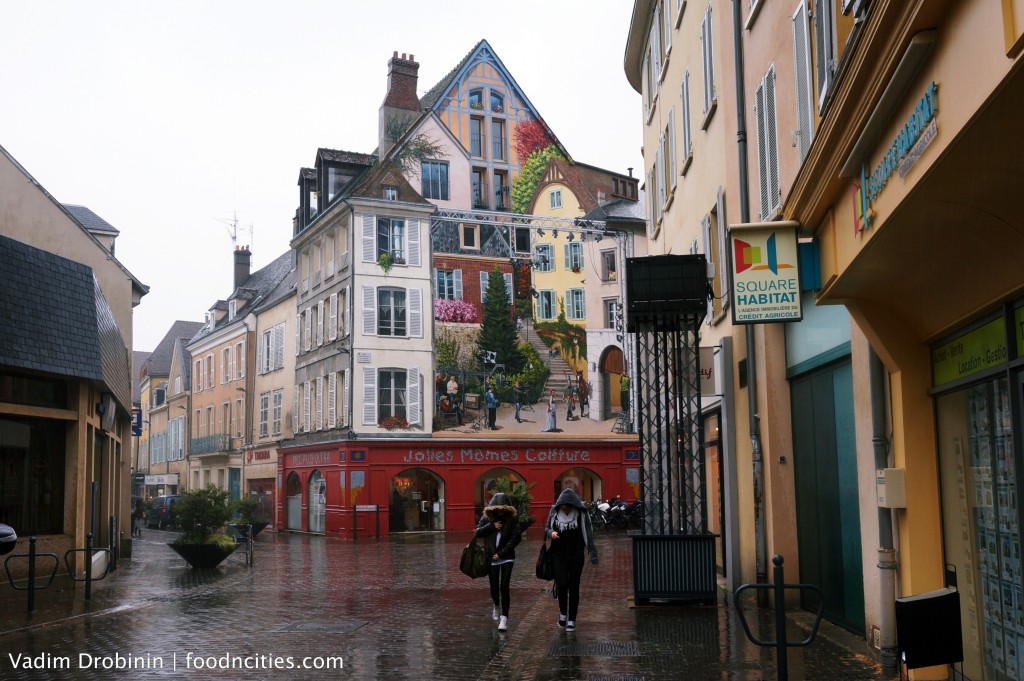 Somewhere ahead a train to Chartres is waiting for us, but ATM machines desperately spit out credit cards of Russian banks, electronic tickets are not in a hurry to be printed and the train leaves in three minutes before we arrived. An hour before the next flight flies by. Near the Montparnasse children are running, carousels are whirling, and we’re sitting in the same café, where a year ago I tried French croissants for the first time in my life, however for now we’re drinking tea, hot chocolate, and eating thin over sugared pancakes. This, by the way, is a proprietary feature of all the French — they bring a bag of sweeteners even with sweet drinks. 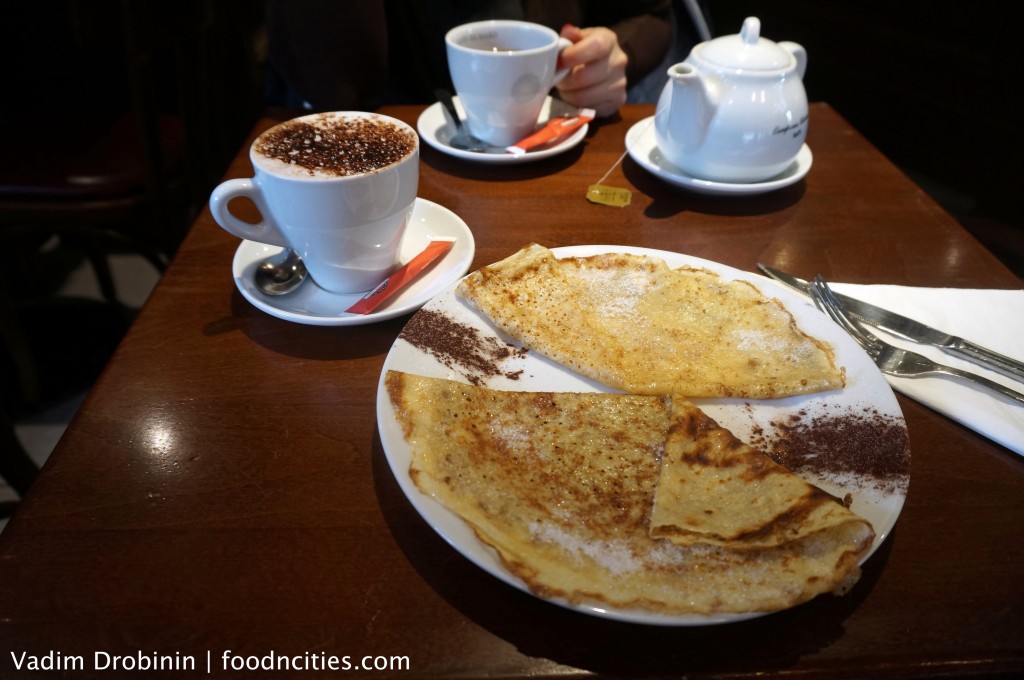 Chartres is a small town in northern France. There is a river Eure, less than fifty thousand inhabitants and fascinating history dating back to Roman times (before being conquered Chartres was one of the religious centers of Gaul). 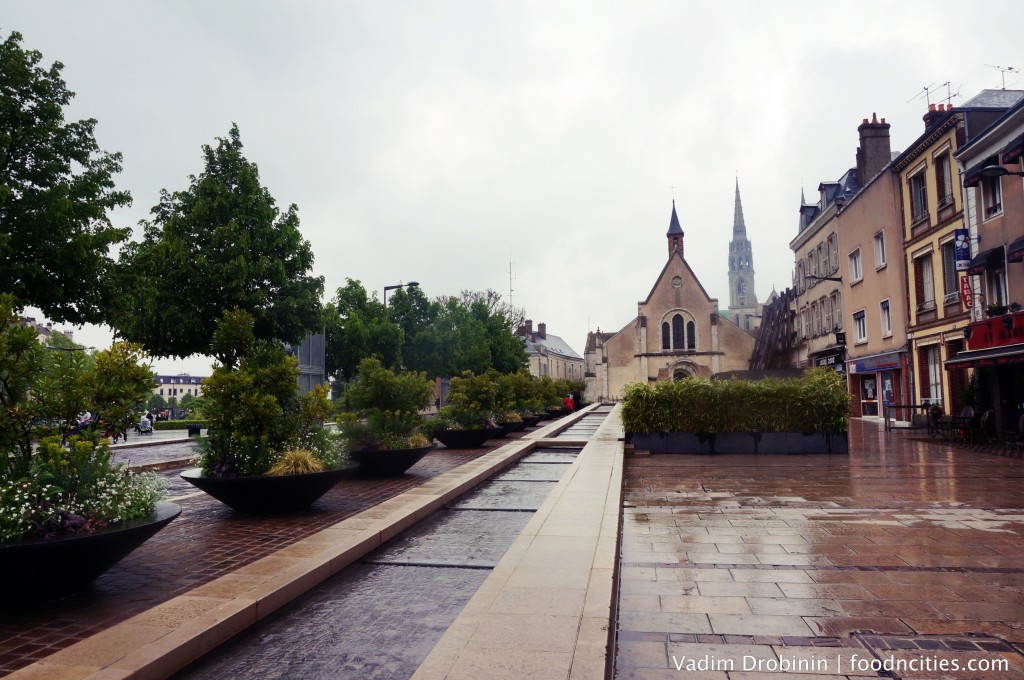 However today it’s mostly known for the Cathedral of Chartres Dame (Notre-Dam de Chartres) — a construction bigger than the Notre-Dam de Paris. People coming here to take a look at the “Glass Bible” made of stained glass and contained stories from both Testaments, as well as to go through the oldest in Europe labyrinth or to make a photo of the carved altar, analogues of which are unlikely to survive. By the way, according to the pseudo-documentary “The Wild Blue Yonder”, drawings on the floor of Chartres Cathedral helped mathematicians to open the “gravitational tunnels” (do you remember “Interstellar”? :D). 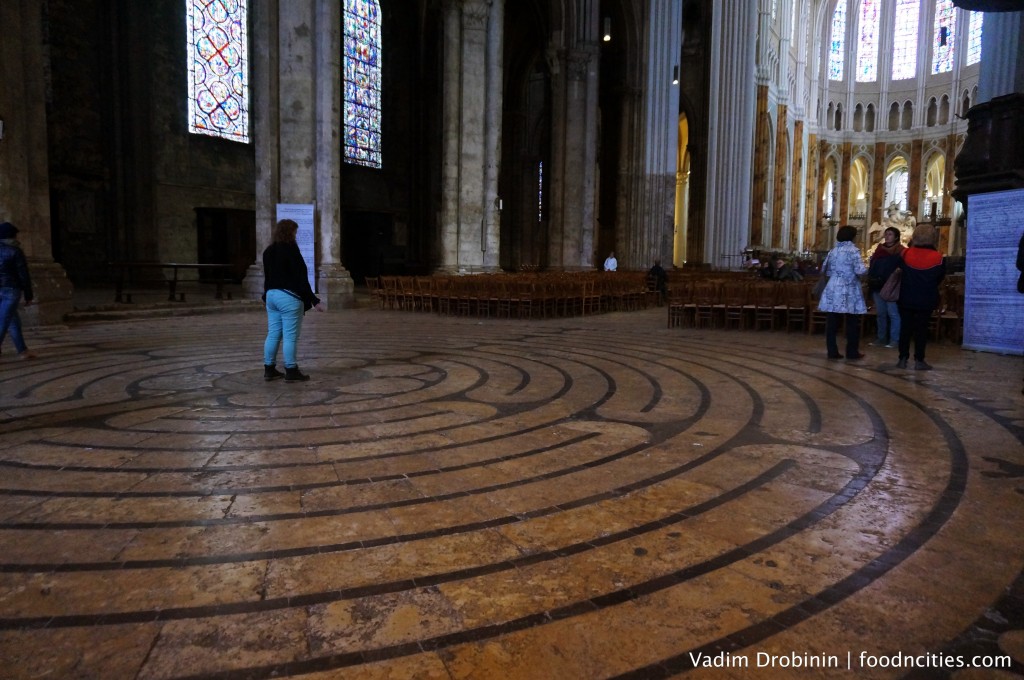 The oldest labyrinth in Europe

The ambulatory arcade encircles the choir and the altar which are separated from the rest of the space by a carved wall. The wall appeared at the beginning of the XVI century and the next two centuries gradually decorated with carved figures depicting scenes from the life of Christ and the Virgin. 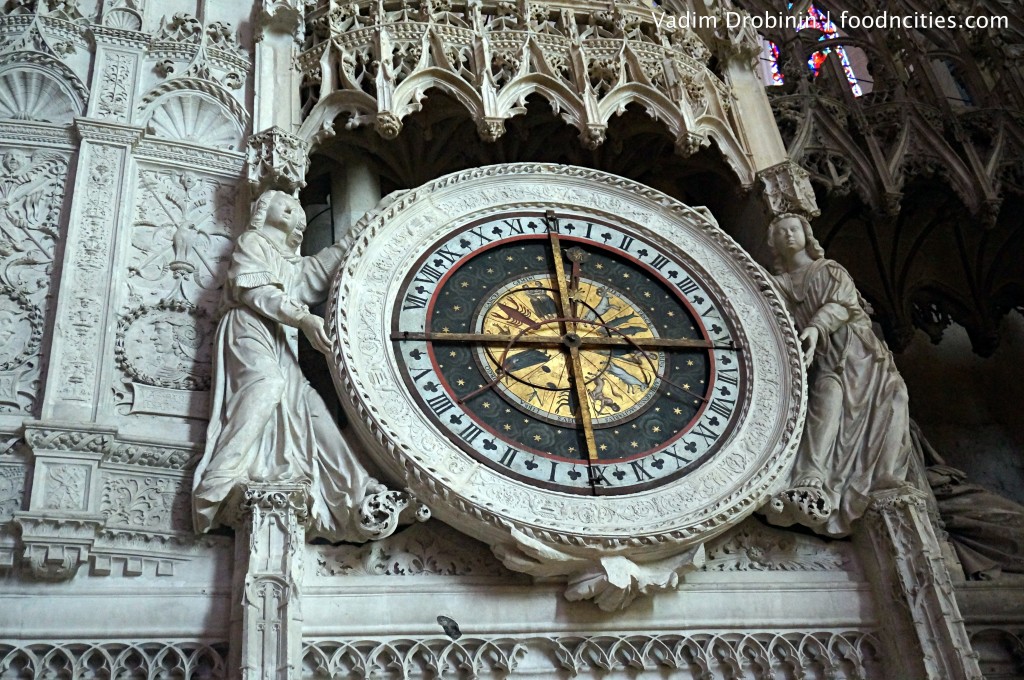 Also in the Cathedral of Chartres Dame there are well-preserved medieval stained glasses, including the window-rose. The total area of glazing in the Cathedral is 2044 sq.m. Stained glass windows of this period are dominated by deep blue and red colors and light colors are rare. 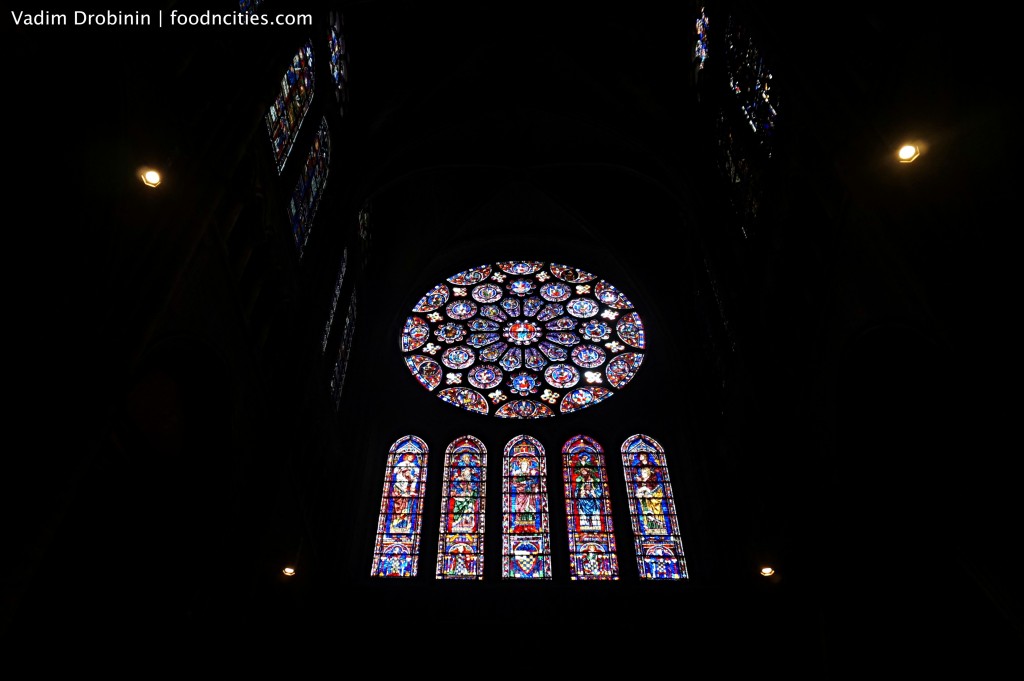 You can come here from the Montparnasse train station for about 15 € – it is better to buy tickets aller-retour, «round-trip tickets”. sometimes they cost a little less. The trains run about every hour. Pay attention to the “sleeping” sections, where it is recommended to be quiet. As soon as you arrive don’t forget to take a look at the train schedule. It will be a bit awkward to come to the station and to find out that in there is no trains in the next few hours. 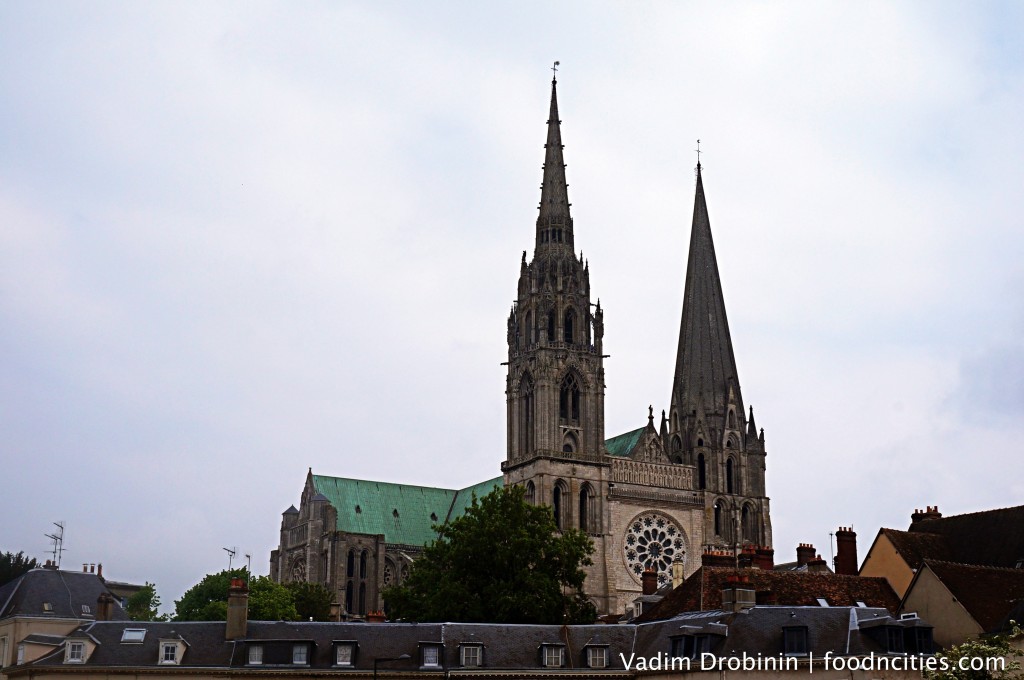 Railway Station Square at the basement of the cathedral (which is the main attractions of this town in two fifty kilometers from Paris) is surrounded by small tents with kebab and chips, the main highway divides the world of local residents into two unequal halves, and pointers of all colors and sizes are weary pilgrims to the entrepot of their travel. 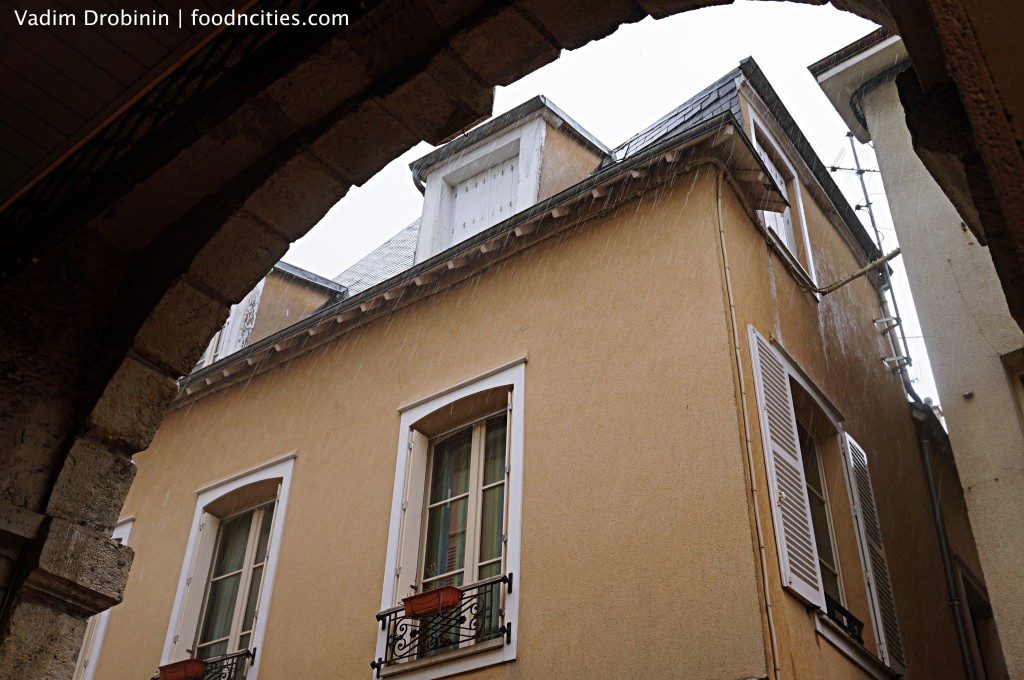 That’s where the piece of Camino de Santiago is located which is today popular not only among the G-d fans, but also among the Paulo Coello fans. 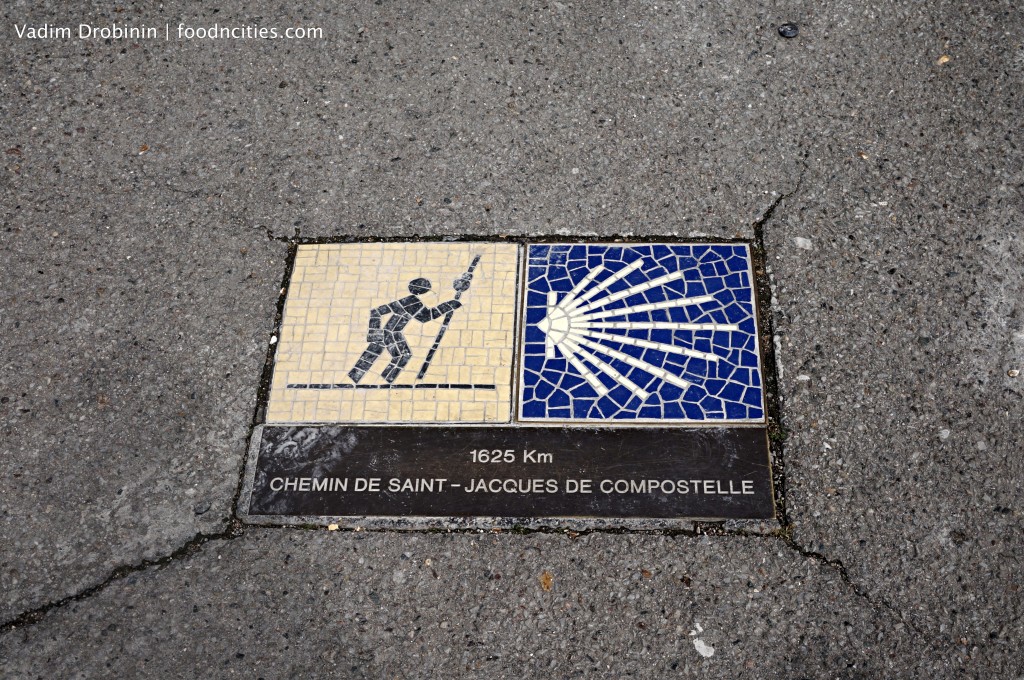 If you turn right and walk along the low houses you will come to the edge of the city. There are no tourists and locals, instead of them only offices are hiding in the basements and dusty asphalt evokes nostalgia. 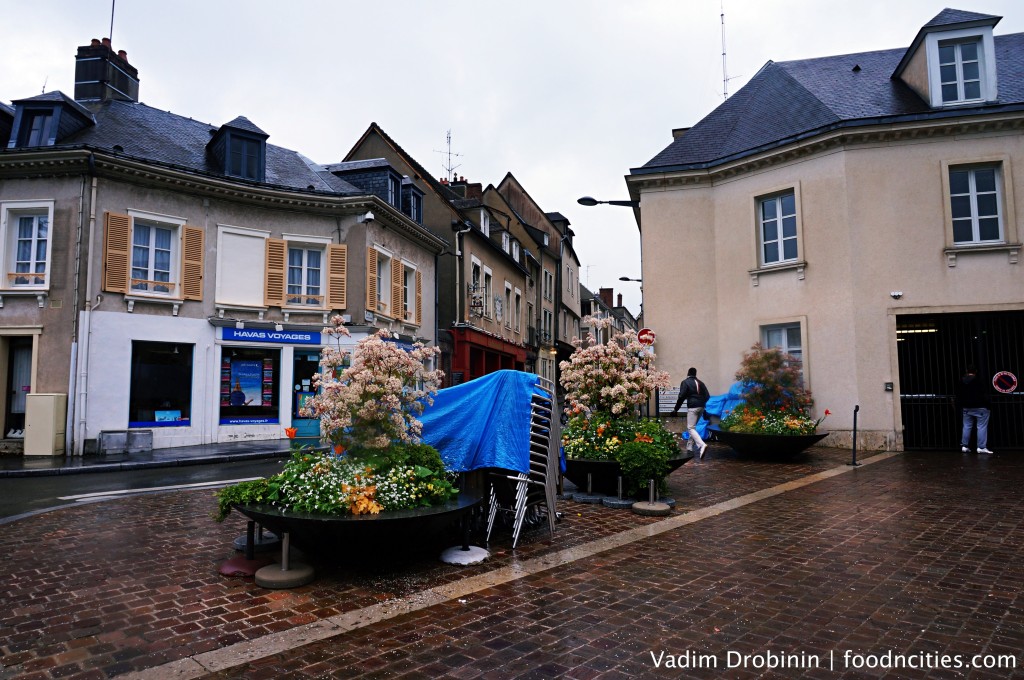 Adventure seekers must turn to the left — there are dozens of small cafés and great restaurants, the ancient pile of Notre-Dame de Chartres and the tiny shop with homemade lemonade that is clogging in small glass bottles. 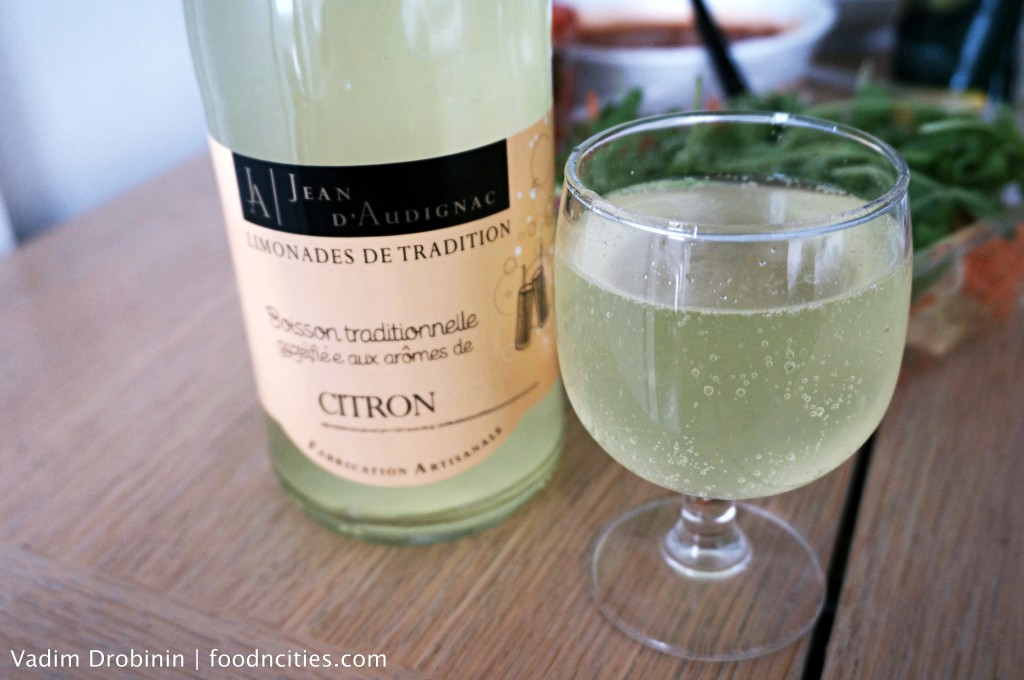 We entertain sellers by trying to guess the taste of bright orange and bluish fluids, buy a drink with lemon flavor (classic of the genre!) and hiding from the rain under an umbrella and a raincoat. The French weather in May is not as good as it might be. 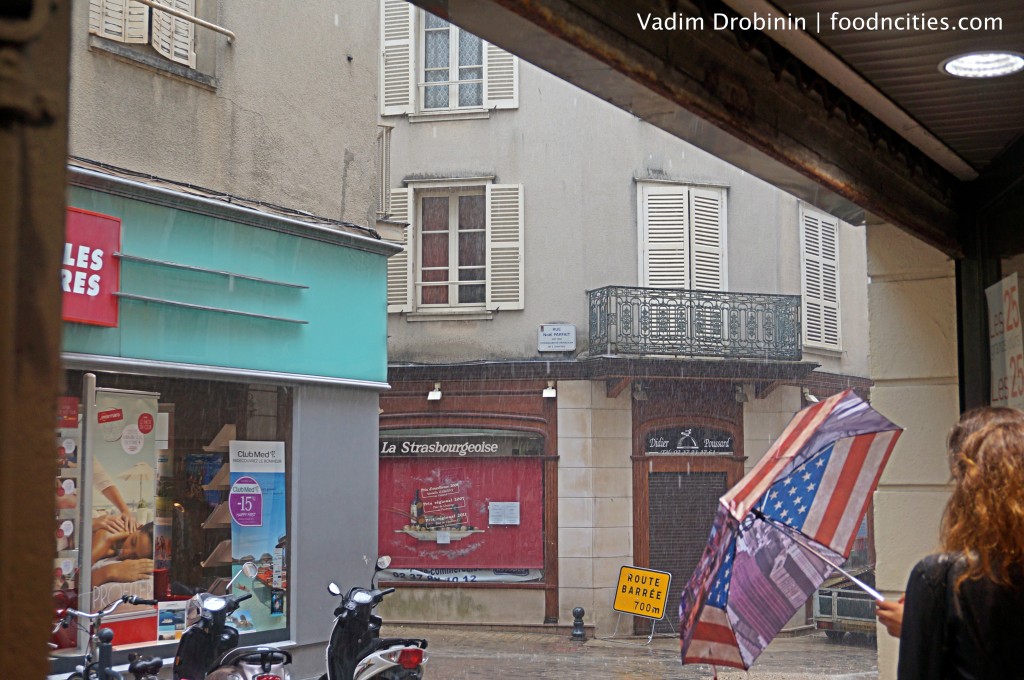 A small cafe with two floors, smiling girl behind the bar and tiny chocolates in a transparent rustling foil happily opens its doors. I’m trying to find out the composition of their branded sweets, but getting back rebuke in French, in which I could only recognize the Menshikoff name and the promise of paradise Kusch after the first tasting. Later, I will put a lot of effort to take them to Moscow, but now is the time to taste the Flan Nature and some nameless tart (oh, gods, what a wonderful tart it was tart). 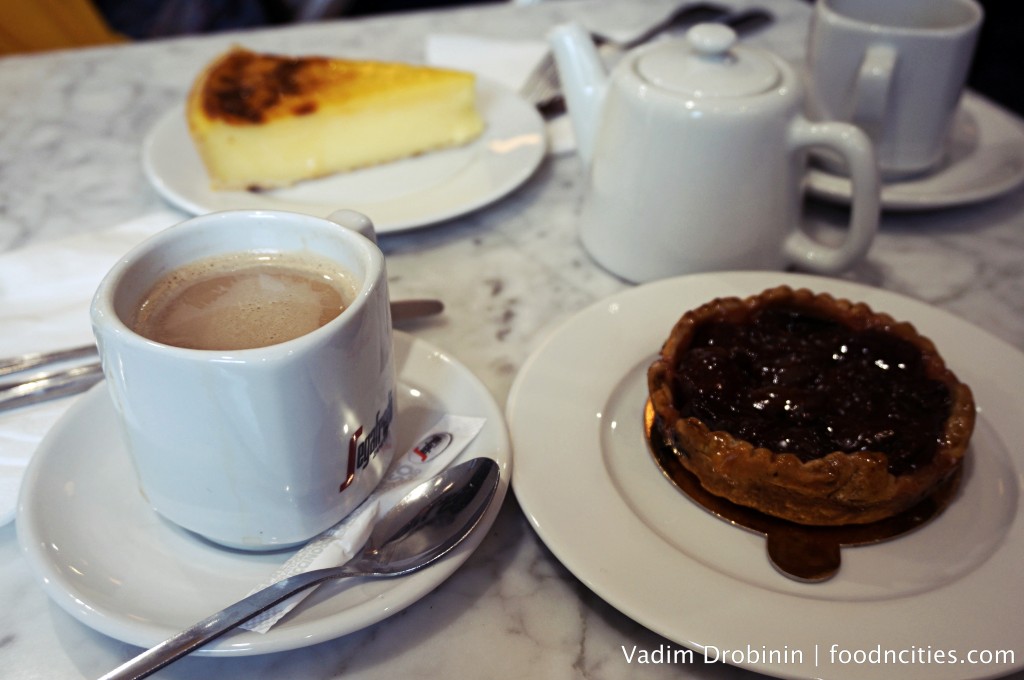 Time flies by, the train takes us back to Paris, and I regret that one more time succumbed to the charm of the local narrow streets of one of the most beautiful provincial towns where I was. Next time I definitely have to visit Chartres channels. Maybe you will be luckier and will explore more of the city?