Walt Disney believed in the park where parents and children can have fun together. To be honest, I was very skeptical  about this idea until visited the Disneyland Paris. This park was opened twenty years ago — in April 1992, and, on average, is visited by more than 12 million people a year. 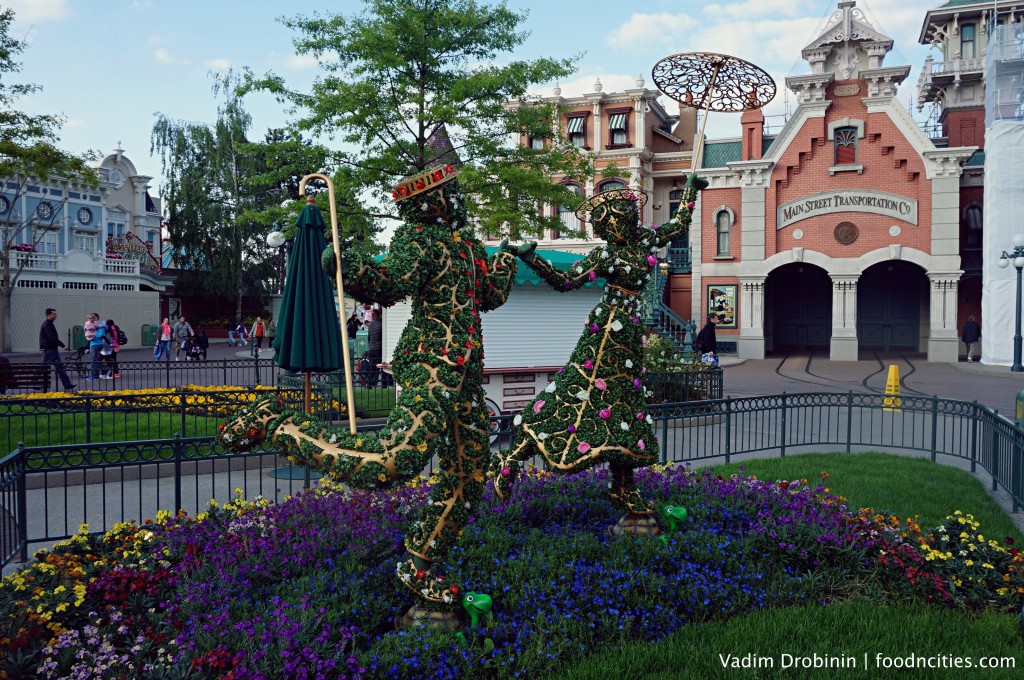 Disneyland Paris is located in the town of Marne-la-Vallee in thirty kilometers from Paris — it is very convenient to go here by RER (station Marne-la-Vallee Chessy). On the territory there are several hotels, a golf course and two parks — the Disneyland Park and Walt Disney Studios Park. The first one is famous by all the things with which this cartoons kingdom associates: roller coasters, Sleeping Beauty Castle and colorful parades. 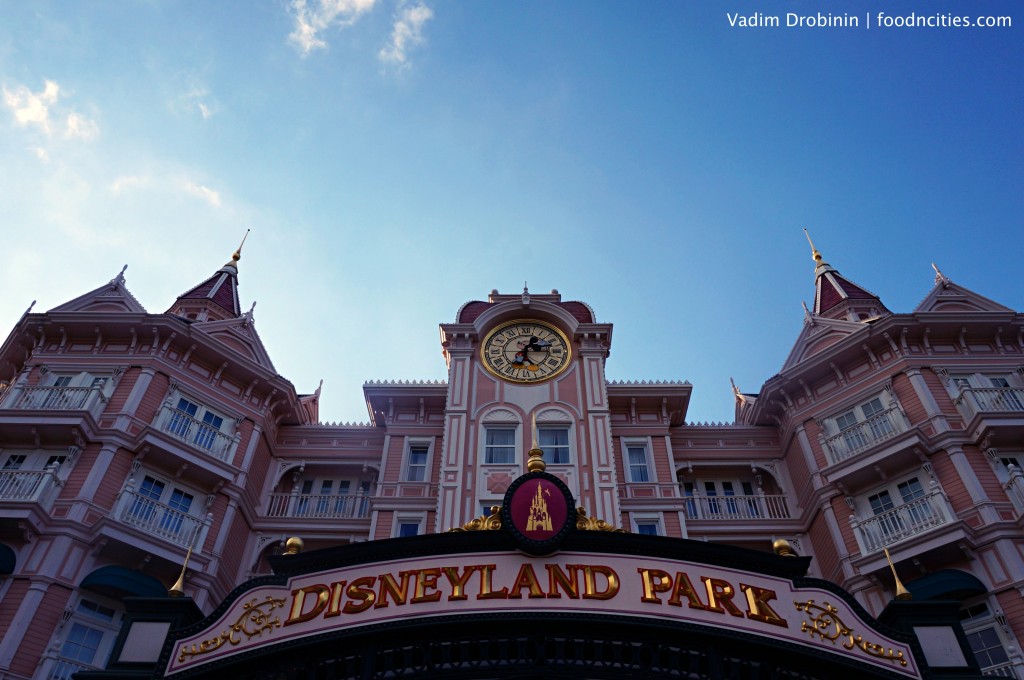 Queues everywhere are not so large. This is due to the fact that a trip on the longest roller coaster takes no more than two minutes. By the way, there is an interesting contrast to the Spanish Port Aventura: here “fast-passes” are free of charge. There is just a limited number of them and you need to book them in advance. Very convenient! 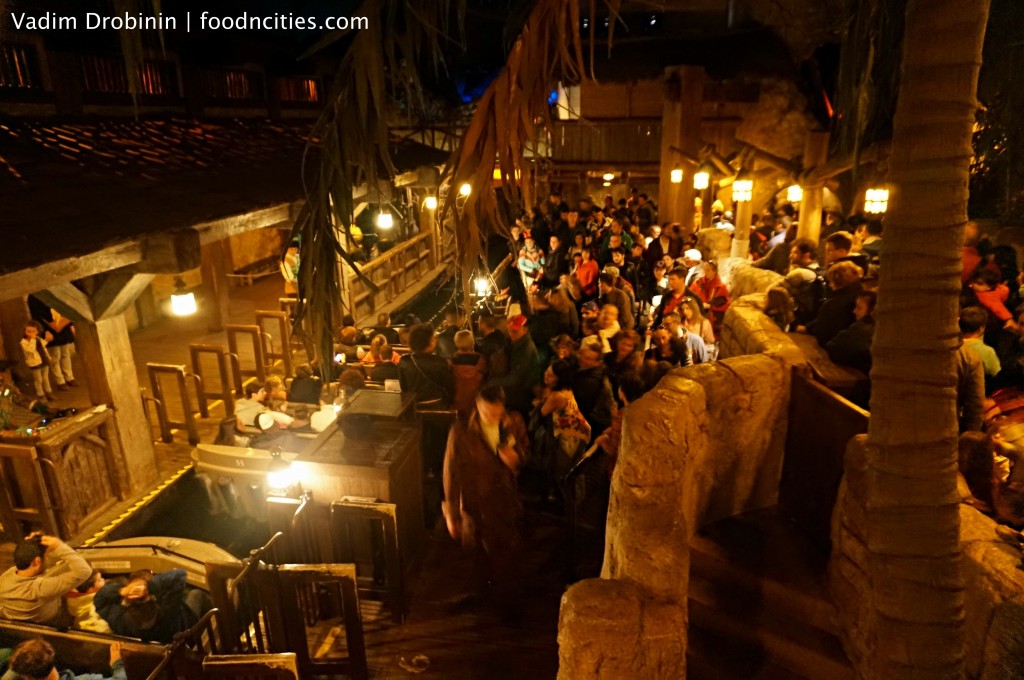 An Interesting attraction: the underground city with artificial sky; people float past to it on boats. At some moment, these boats even carries past the restaurant, where other tourists stopped to eat. I was waiting less than 15 minutes, so the queue at the photo just seems that big.

At Disneyland special attention is given to your safety.

It’s legal to sit, but it’s prohibited to dance and have fun (actually, it’s forbidden to leave the seat and/or to wave arms).

The second park consists of cognitive attractions that allow you to learn more about the Studio itself — to see how special effects were created, for example. It is divided into pavilions, each of which is dedicated to some films. 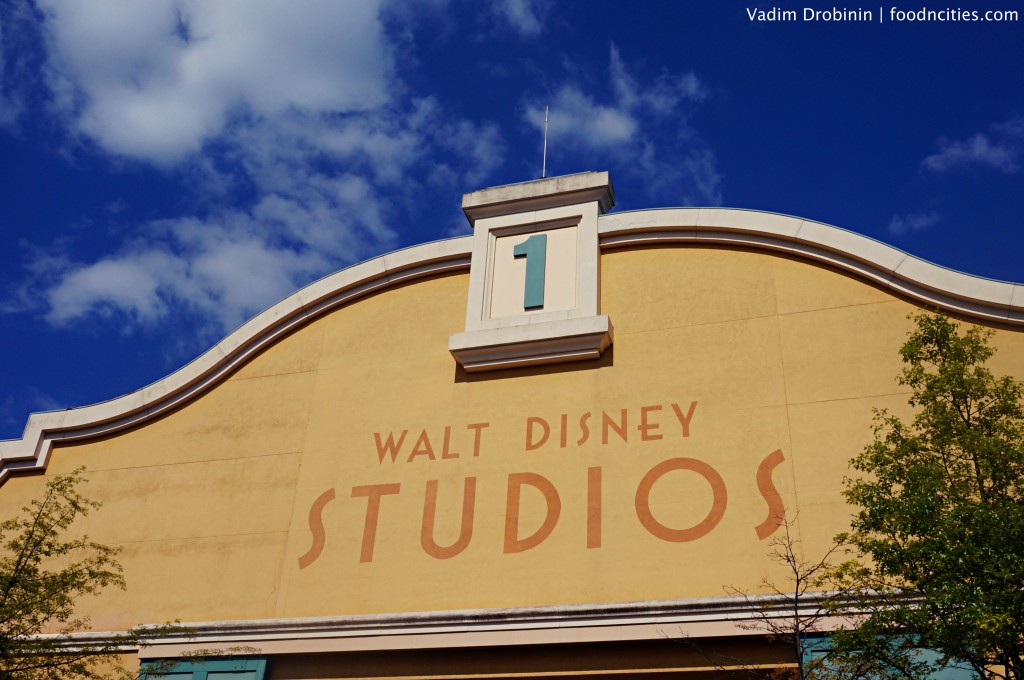 It is possible to ride a tram between all sorts of props from the set. 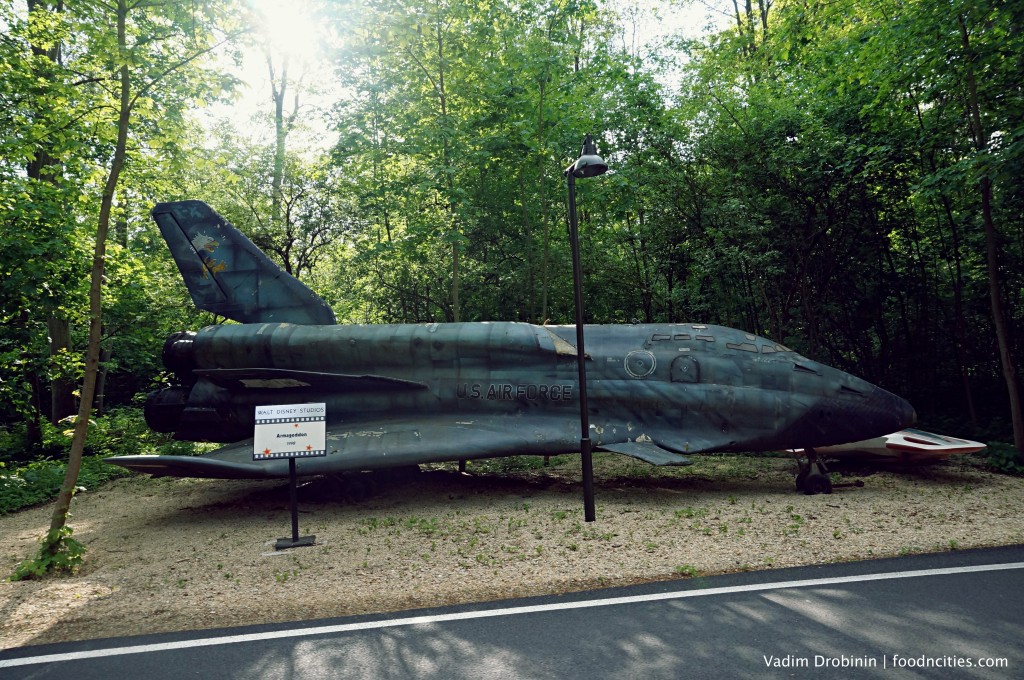 Tram, by the way, several times is passing between sites with special effects — rocks around explode, fire blows and roar of dragons is right behind you. If I came here seven or eight years ago I would almost died of happiness, but now these emotions definitely blunted. 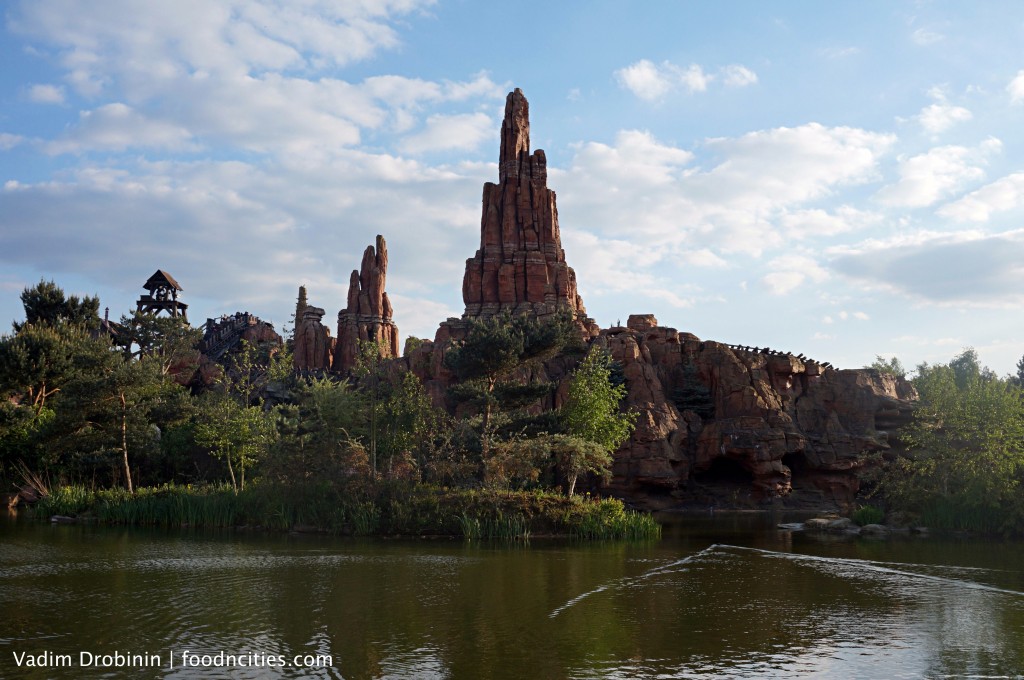 I’d like to compare the Disneyland with the Spanish Port Aventura, but it definitely loses it — there is no breathtaking rides here, but there are some vague references to childhood, which sooner or later will be forgotten. 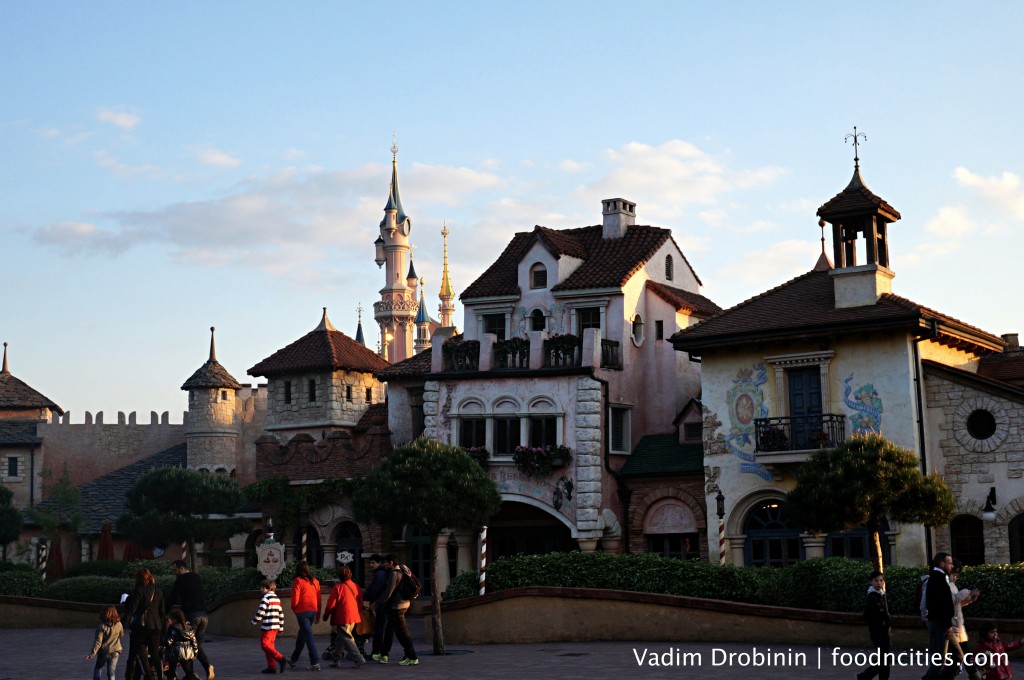 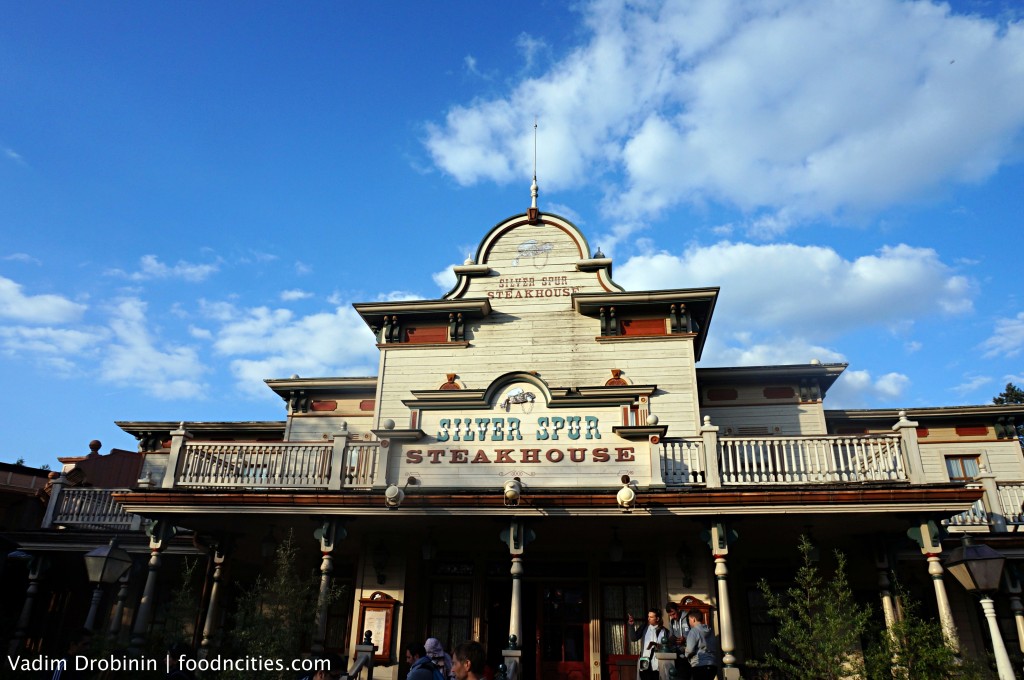 I do not have time to buy an apple in caramel and do not come to the parade of characters from cartoons. On the other hand, I was lucky enough to be on the show in honor of the twentieth anniversary of the place: a delightful sight and definitely worth the entrance fee. Tickets, by the way, better to buy online — it will save time and decrease the cost by 15%. 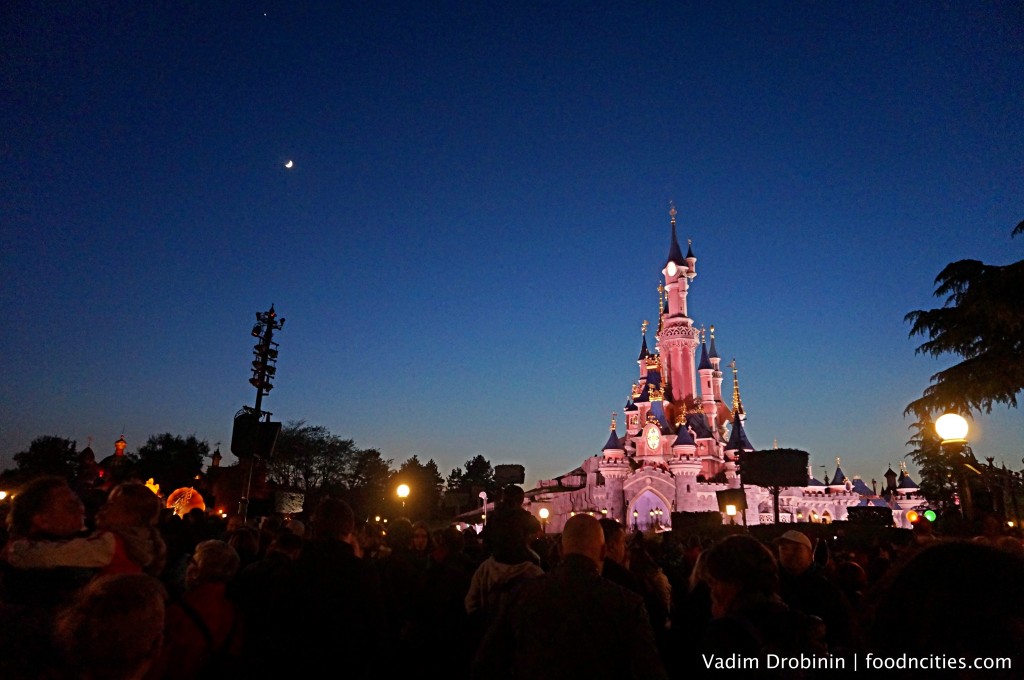 Such laser shows are held during various celebrations: studio anniversaries, Christmas and so on. 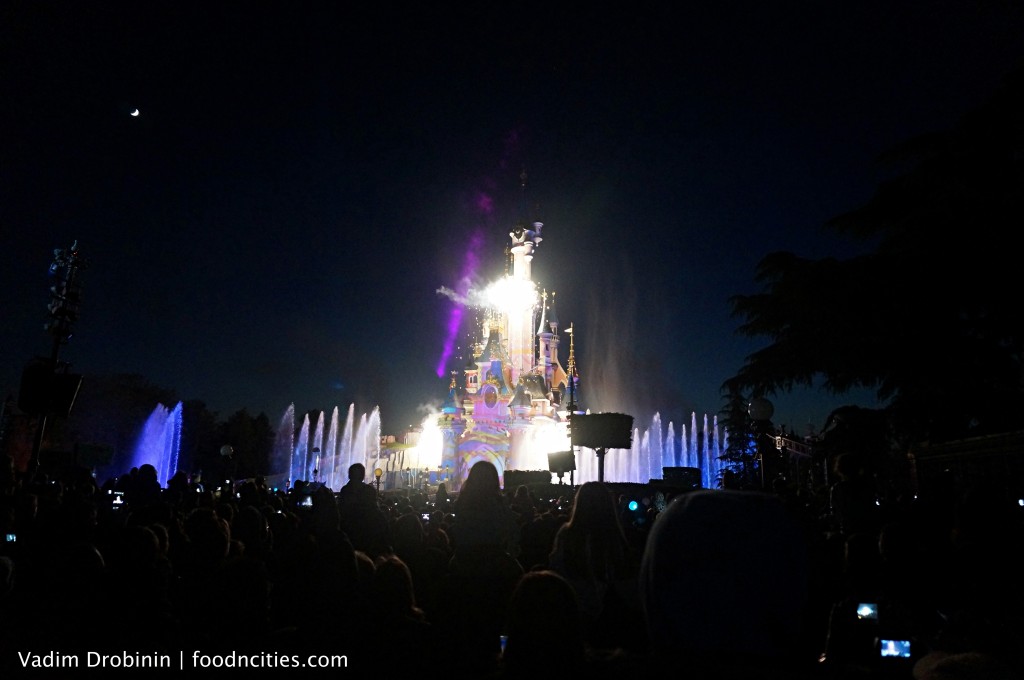 On the one hand, half an hour in one place at the open air is not so easy. On the other, it is very impressive. Thousands of people, beautiful Sleeping Beauty Castle and fireworks soaring into the sky with laser cartoon characters. What could be more significant? 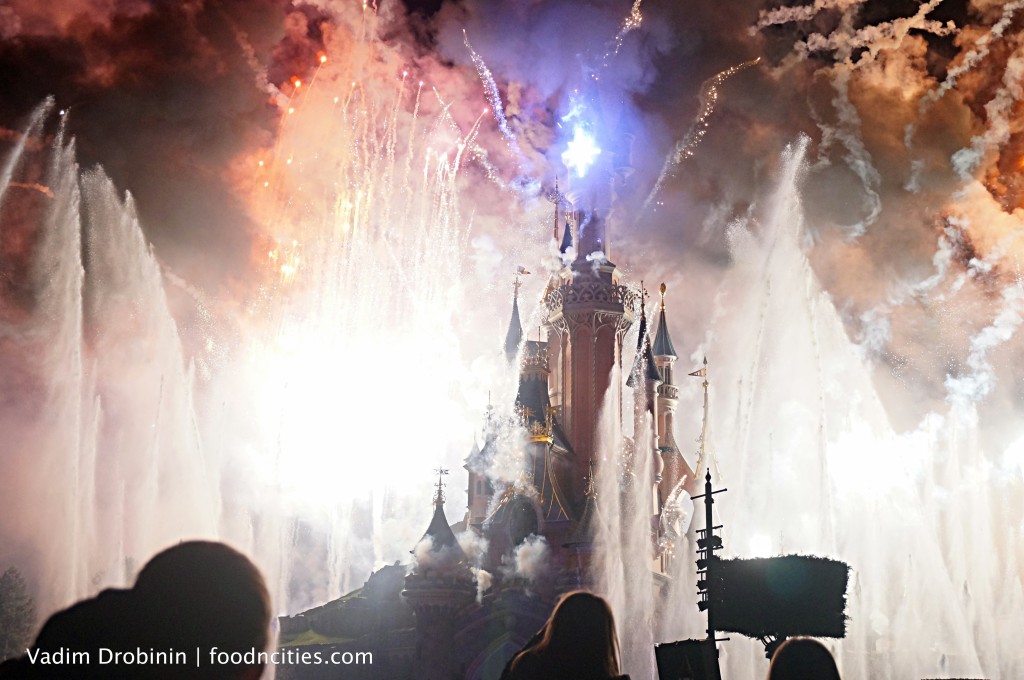 In Paris itself during this time nothing has changed. Signs on the road are asked to respect pedestrians, but drivers, local rules and even town planning together mock unhappy bipedal. The queue to the most famous tower of the country seems to be always the same big, but the lucky ones with pre-purchased tickets on the web are passing separately and in fifteen minutes we are already above the city, wincing at the sudden gusts of spring wind and looking at the lights of the Champs-Elysees. This year, France is more welcoming.