Year ago I made my way to France through the poppy fields by a direct train from The Netherlands, but now I am landing at the airport Charles de Gaulle, so the charming French architecture is separated from me with the intricacies of the subway, and its gods are making every conceivable effort in the hope to bury travelers as deep as possible. 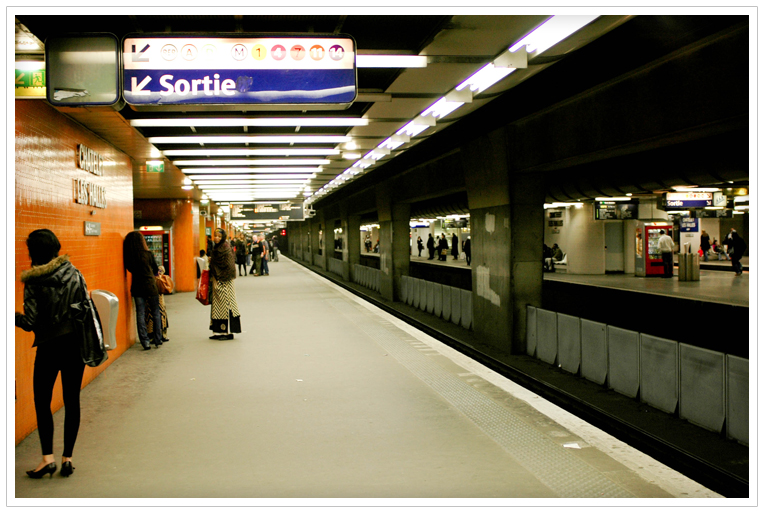 Paris metro, as for me, is the most insane in the world: there are five zones, fourteen lines and lots of stacked transitions. // photo: Cristian Ghe

Unusually rainy Paris (last summer I suffered here from the heat) meets me with colorful umbrellas for five euros, rain coats for five euros and gyros for the same, as you might guess, five euros. 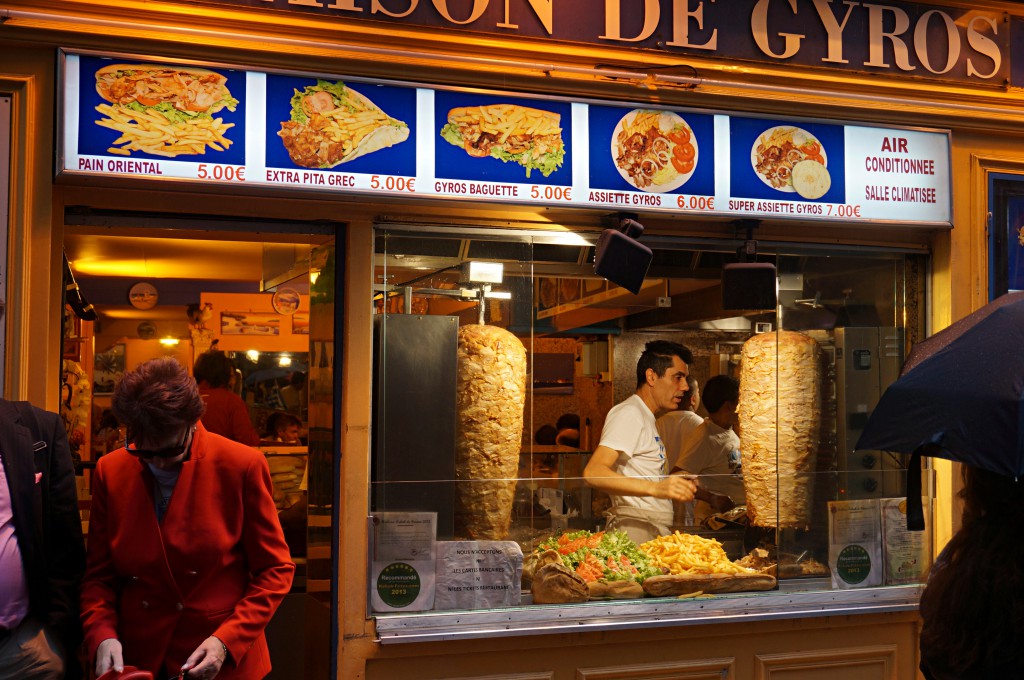 Paris, of course, is not Stockholm, but the food is very expensive too. On the other hand, this five-euros-per-serving fast-food is the same everywhere (even in The Netherlands, for instance).

I found near the one of the oldest universities in the world nondescript café, sat on the covered porch and with the sound of raindrops was washing down strong coffee with freshly squeezed orange juice. Croissants, as is common in France, are too oily and fried eggs were obviously kept on fire for incredibly small amount of time, but everything else simply couldn’t be better. 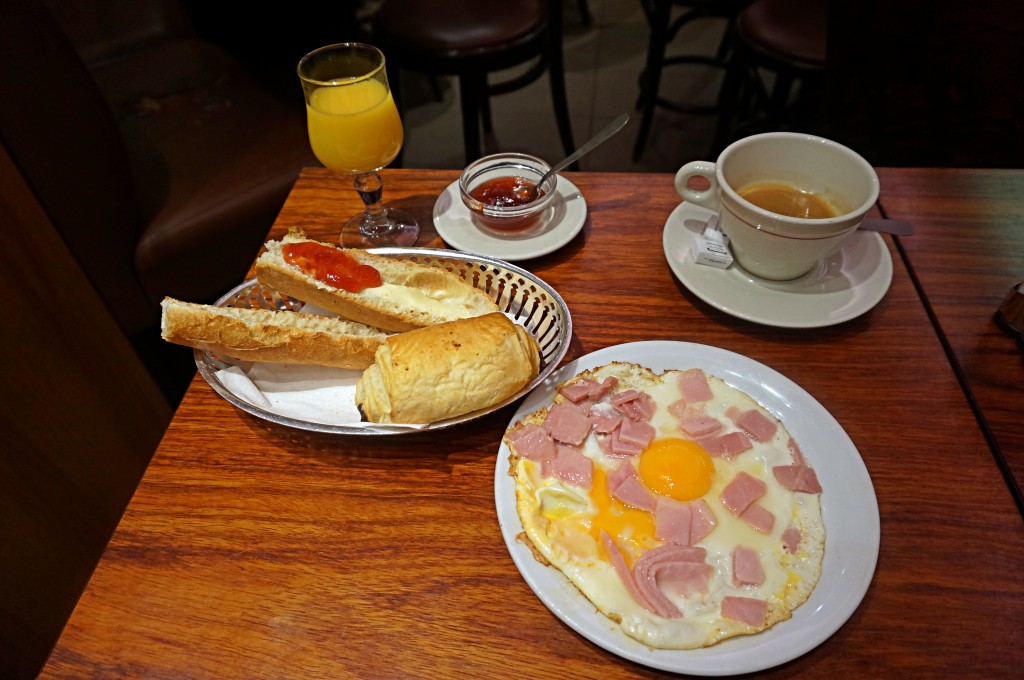 “Le petit dejeuner” usually consists of yogurt, coffee with milk and a croissant with jam, but how can anyone be fed up with it?

Rain stopped only to start again even stronger, but my already damp shoes unlikely were able to become worse, so I was leisurely directing to the Champs-Elysées, photographing people which were photographing against the backdrop of the Louvre, and drinking freshly brewed coffee in a cardboard cup. 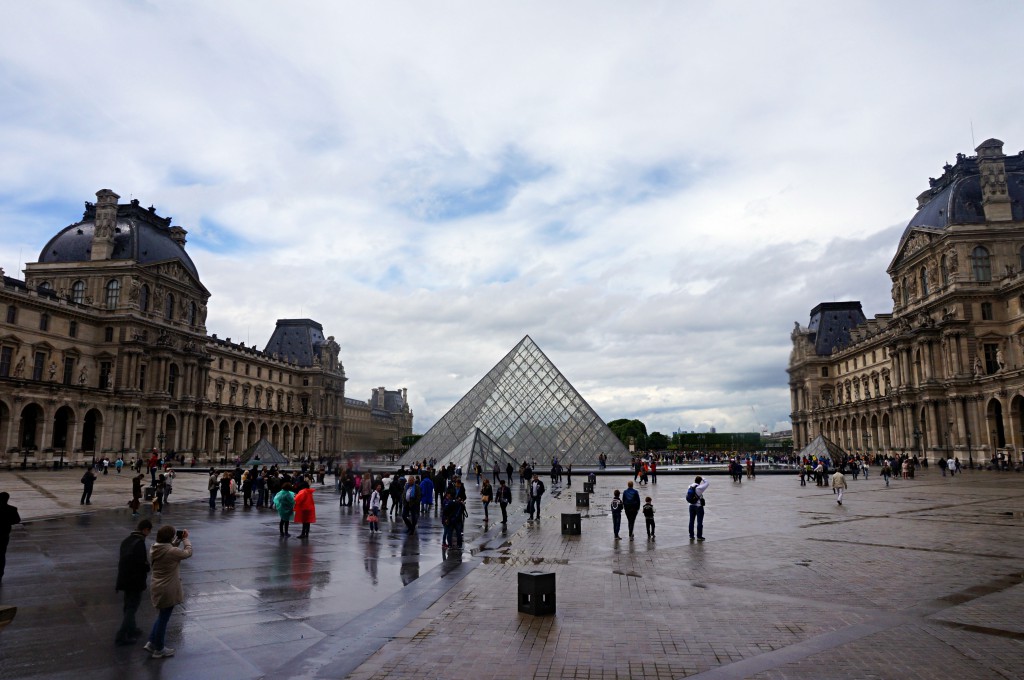 Under a canopy in front of me a clown with an aquarium at the top of the head was throwing colored balls into the sky overcast, and I was trying to juggle etymons and to find out from the head waiter at the entrance to Ladurée their main secret — the reason for such a high concentration of beautiful girls at the tables. 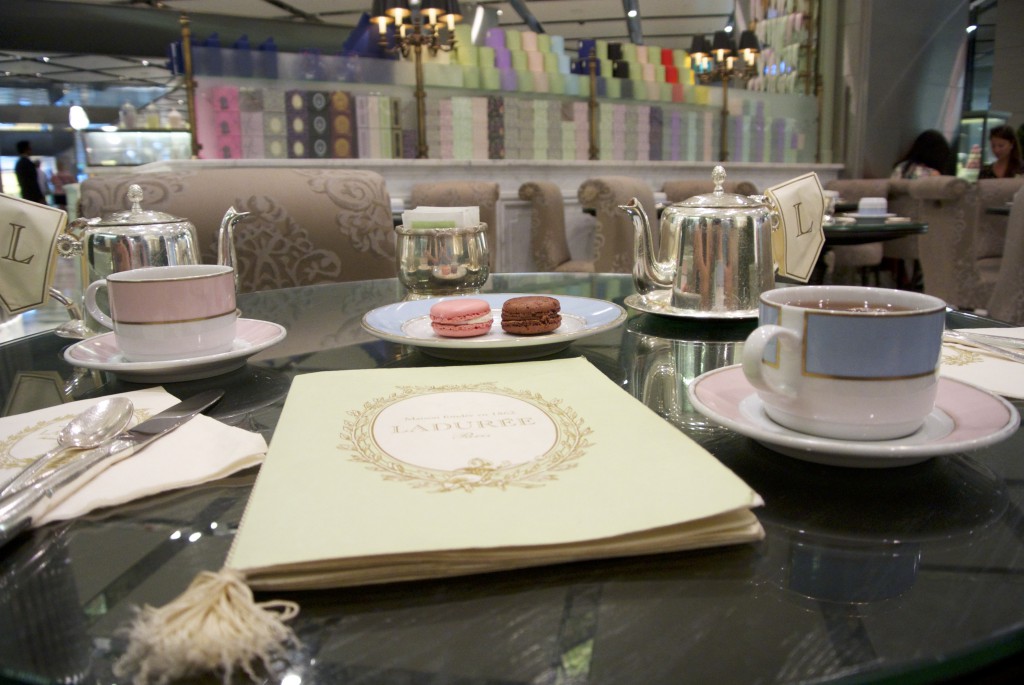 In 19th century Ladurée was the first place in Paris where women could meet (at the time cafés were for men only). // photo: Jason James

My promise to escape to the main competitor Pierre Hermé, of course, didn’t work and the man didn’t answer — in silence he was smoothing impeccably ironed apron, smiling with his eyes and offering me to buy some macaroons with roses. Why? Just because «la seule facon de savoir qui, c’est essayer vous-meme».

Hello, the city on the banks of the Seine, nice to be here.